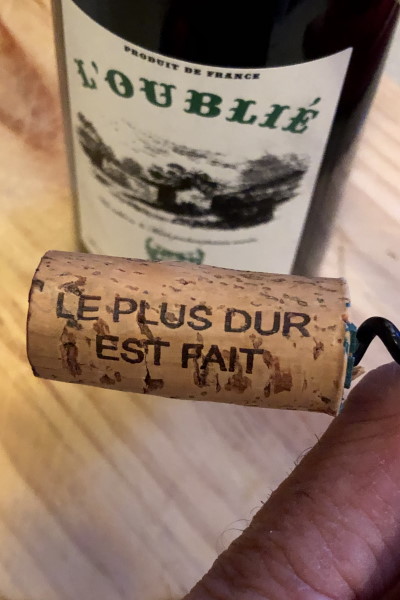 Could the corkage fee, or "Bring your own bottle, BYOB", become more democratic with the success of natural wine?

Indeed, many restaurant owners are reluctant to change their wine list in favour of wines from the region that are at least ecological. "We have a very good Rioja", we still hear too often in Spain. In 2021, the closing meal of the Alicante gastronomic week was accompanied by two "conventional", not to say industrial, wines, a Rioja and a Ribera del Duero.

As discerning consumers of healthy wines, we would be tempted to go out to a restaurant with a bottle of our choice, justifying an allergy to sulphites to facilitate the process. The practice is common in the United States and accepted in France and Italy by many establishments, but it is best to ask when making a reservation. In the Alicante region of Spain, except in very touristy areas, it is generally accepted.