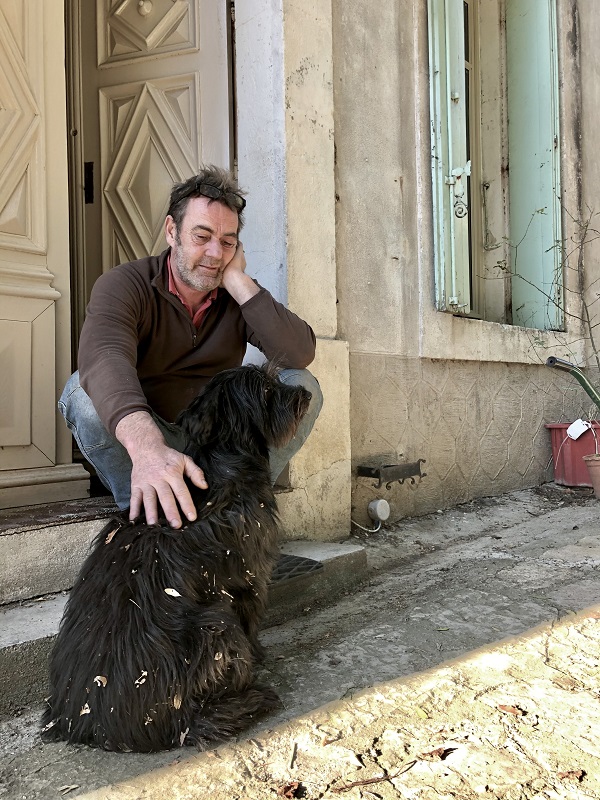 Rules are made to be broken, so let's do it! If the Vi Natural project is intended to promote the wines of the Valencian community, there are affinities that go beyond us and that invite us to reconsider the fundamentals. Thanks to Cris Vanyó for introducing us to Jeff Coutelou, from a family of winegrowers who have been living in Puimisson in the Hérault region, between Béziers and Montpellier, for generations. A meeting rich in emotions and knowledge about natural wines. From the top of his two metres, Jeff radiates benevolence and humility, qualities that are rather rare in the region. The Mas Coutelou has existed for 300 years, the cellar is located in the centre of the village and the 14 hectares of vines are all around. Not only do they make wine, but they also distil spirits in the purest peasant tradition. The estate has been certified organic since 1987 but the management of the vineyard goes far beyond the obligations of the ecological label.

Jeff Coutelou's wines are not so far removed from what is produced in the Valencian country: proximity and influence of the Mediterranean, definition of the soils (mainly clay-limestone) and selection of grape varieties: Syrah, Grenache black, white and grey, Carignan black and white, Cinsault, Mourvèdre, Sauvignon blanc, Macabéo, Muscat petits grains and Alexandrie, but also rarer varieties such as Terret black and white, Ribeyrenc black and grey, Piquepoul grey and Morastel. In the cellar, there is a plethora of equipment, from the type of vats, barrels, stainless steel, amphorae and cement, to the vinification process, which is decided according to the grape variety and the vintage. The oxidative wines are perhaps among the best in the world, rare bottles that are tasted among initiates.

What we also appreciate about Jeff is his sense of humor, whether it be through the labels of his wines or his annual letter, if things are done seriously it is always in a fun mood. 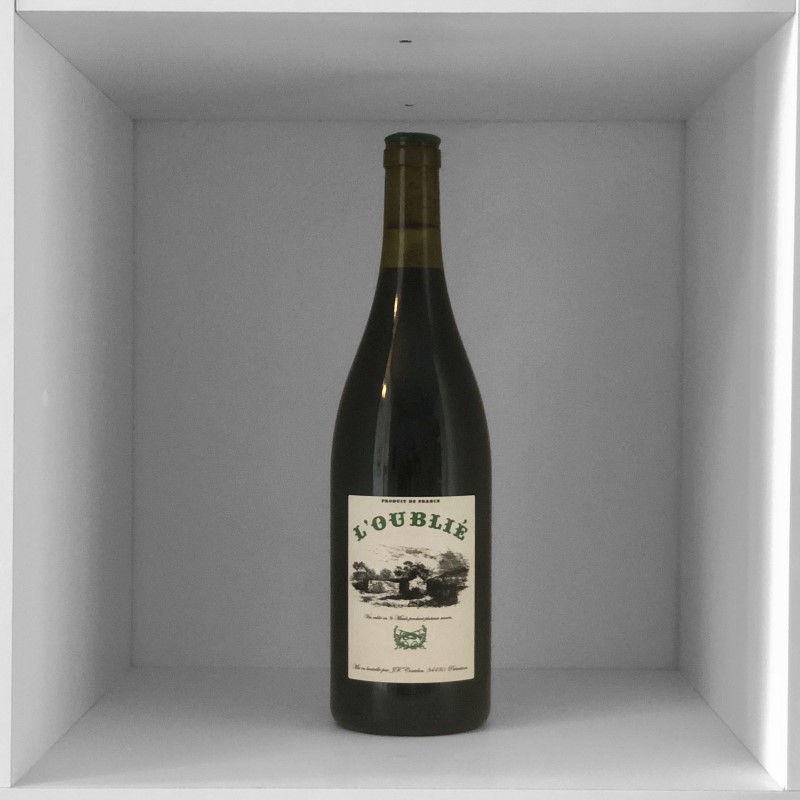 Depending on the region and their capacity (nine standard sizes), the barrels have specific names, with the 225 litre Bordeaux barrel being the most popular in the world. L'Oublié is a solera matured in 700-litre demis muids, a large, thick barrel favoured for transport and adapted to the ageing of Mediterranean grape varieties. It is such a singular wine that it would take an entire book to describe it. It is a real time machine, it is as if you were projected into the past and tasted a young wine. Disturbing. Emotional. Unique.

The vineyards: 14 hectares of vineyards with ecological certification since 1987, without chemical fertilisers or systemic synthetic products, treatments based on plant purin and natural products. Since the ecological conversion, trees and shrubs (hedges) have been planted to encourage biodiversity and prevent soil erosion.

The harvest: the plots were harvested by hand between 2001 and 2015 and transported to the nearby winery.